From the nice hustle and bustle of Marrakech the Red to the silence of the Sahara : our itinerary first crosses the High Atlas mountain range by the Tizi-n-Tichka pass (2,260 meters high). Then, it gets back down to the Ouarzazate region, with many ochre ksour and kasbahs along the way. Passing by an oued, a fortified hill emerges where you can see the Ait Ben Haddou ksar, one of the most beautiful in Morocco.

After a visit of Ouarzazate, with the old kasbah Taourirt and the film studios, we follow our way  along the Draa valley with its luxuriant palm grove.

We cross the small village of Tamnougalt, with its kasbah, which has a fascinating and ghost-like setting and then the small town of Agdz. For the last stage, we go to Mhamid, after the city of Zagora and the village of Tamegroute. On the way, we drive along the first sand dunes in Tinfou.

There, on the terminus of the road, we enter the Sahara desert, on a camel’s back or with a four-wheel drive. We spend the night there either in a camp under a Berber tent or in a hotel, to enjoy the silence and admire the starry sky and then the sunrise over the Erg Lihoudi dunes.

Recommended from October to May

– Departure from Marrakech at 7:30am. Coffee break at the Tizi-n-Tichka pass.
– Visit of Ait Ben Haddou at the end of the morning. Free time for lunch in Ouarzazate.
– Visit of the kasbah of Taourirt and the film studios in the afternoon.
– Arrival at the Bab el Oued ecolodge in Agdz at 6:30pm.

– Visit of the village of Tamnougalt, its kasbah and its palm grove.
– Free time for lunch.
– Departure at 2:30pm towards Mhamid. Start of the camel or four-wheel drive ride for the night in the desert, in a Berber tent or in a hotel.

– Departure at 9am to go back to Marrakech. Arrival at 7pm.
– Escort for the visits if desired or guide on demand.

– Round trip to your accommodation, with an English and French speaking driver, in a privatized, comfortable, air-conditioned vehicle
– Fresh water on demand
– Dinners
– Nights
– Lunches, coffees and beverages
– Tips
– Tickets for visits
– Your purchases
– Additional fee for individual or additional room
Book 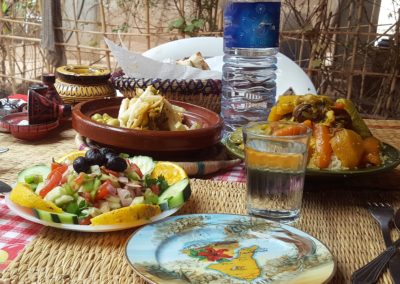 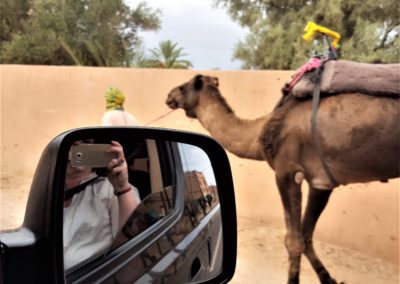 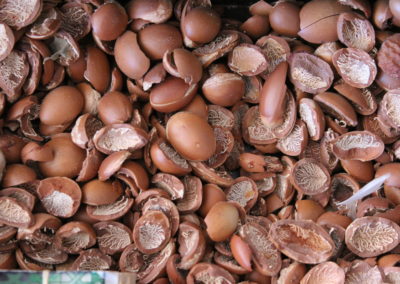 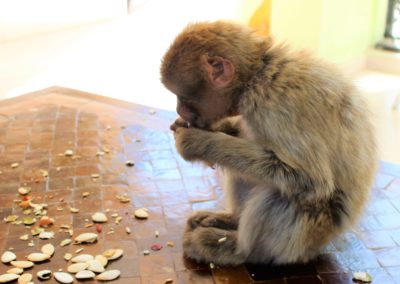