Let yourself be seduced during the time of a day (or two) by the former Mogador, the pearl of the Atlantic with its Portuguese influences!

From Marrakech, after the crossing of a farming area and of a reg (pebble desert), the argan tree fields announce the approach of the city of Essaouira. Port city already occupied by the Phoenicians during Antiquity, its current appearance is due to the Sultan Sidi Mohammed who, in the 18th century, had the city designed by one of his prisoners, a French architect. That explains the right-angled streets, an unusual feature for an oriental city. The city also reflects the presence, in the 18th century, of the Portuguese who built the seaport fortress and its ramparts.

You will be able to admire its beautiful crescent-shaped beach swept by the trade wind, you will wander along the harbour amidst the fishers or in the streets of the medina, with its numerous craftsmen or artists’ shops.

Maybe you will fancy extending your visit and spending the night on site in order to better take advantage of the attraction of the white and blue city and its unique atmosphere or even making a detour by Sidi Kaouki.

– Argan tree fields
– Argan product cooperatives
– Medina, souks, beach, ramparts, harbour
– Fish restaurants
– Refreshing temperatures
– Departure from Marrakech at 8:30am. Coffee break halfway through. Possible stop for the visit of an argan oil cooperative. Arrival in Essaouira at around 11 or 12am, depending on the stops made along the way. Free time to visit the city.
– Departure at 5pm, arrival in Marrakech at 7:30pm.
– For the two-day formula, escort at 6pm to your riad at the heart of the medina for dinner and night. Return the following day: departure at 4pm, arrival in Marrakech at 6:30pm.
– Escort for the visits if desired or guide on demand.
– Round transport to your accommodation, with an English and French speaking driver, in a comfortable, air-conditioned vehicle
– For the two-day formula, night and dinner
– Fresh water on demand
– Meals and beverages
– Tips
– Tickets for visits or activities
– Payment for the official guide
– Your purchases
Book 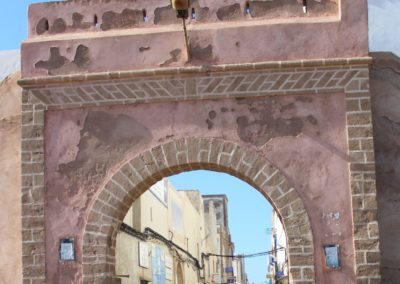 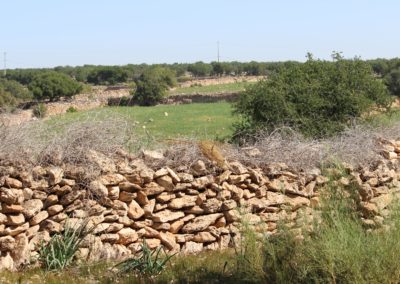 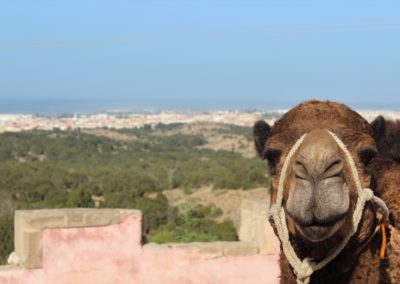